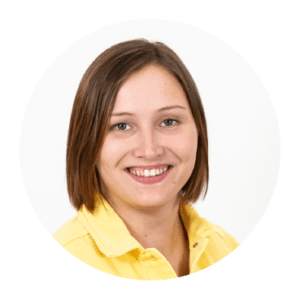 Agile approach to your S/4HANA projects

SAP projects have been expected to fail by every bystander and some active project participants as well, for quite a while. And by a while I mean the span of my lifetime. The successful projects with happy users after implementation deserve genuine applauds for the honest work and blood put into it. The real-life unicorns.

Ever since the early moments I walked in the academic halls of Information Systems Science in the University I have been participating lectures, discussions and debates between waterfall and agile project delivery, where agile won. Every. Single. Time.

Some could ask (and some have) why did I choose SAP as my platform then? To be fair, As SAP and ERP projects in general utilize the stiff waterfall approaches by default this is a very valid question.

But there is no denying of the scale in which SAP systems influence our global transactions. According to SAP almost 80% of all the business transactions in the world go through SAP at some point of their lifecycle. Hence, it goes without saying that SAP has a huge impact to companies and entities building, manufacturing, shipping, and serving our societies.

Thus, my answer is simply: Hope. Also, my tendency to choose the big battles, instead of nice and easy has become a personal motto of sorts.

I have been steering amid SAP Application Lifecycle Management processes for good few years both in-house and as an ALM consultant. Within each project and process development I could see that we are taking steps towards better ways of working together with the team.

As I have been growing my seniority within SAP ALM processes with “gentle guidance” from our senior SAP citizens Ari and Petra, the tools for implementing new S/4HANA by SAP are growing as well. SAP has launched tool purely supporting agile SAP implementations. Focused Build Add-On for Solution Manager is expected to have its already 6th Support Patch level during Summer 2020.

So, we are not talking about some draft version of a tool anymore, but continuously developing existing and most importantly – a tool that is already in use.

Enablement by SAP to implement and innovate with S/4 using agile project methods is something that the SAP community in Finland has not yet woken up to. Or at least to its possibility. To be fast, precise, and agile in an SAP project.

Focused Build covers the S/4 project from the famous Fit/Gap analysis until the production deployment of the Work Items containing the system changes in the new and mighty S/4. Key to cashing out the benefits is to start with early adoption of Focused Build, before starting the requirement gathering circus with Excel and undefined categorizations and prioritization.

However, it is important to keep in mind that Focused Build, like tools in general, will not solve everything. You need clear roles and responsibilities between business, IT department and vendors. With a Focused Build coach in the implementation project, you get people working according to their roles following the structured working methods of an agile project. 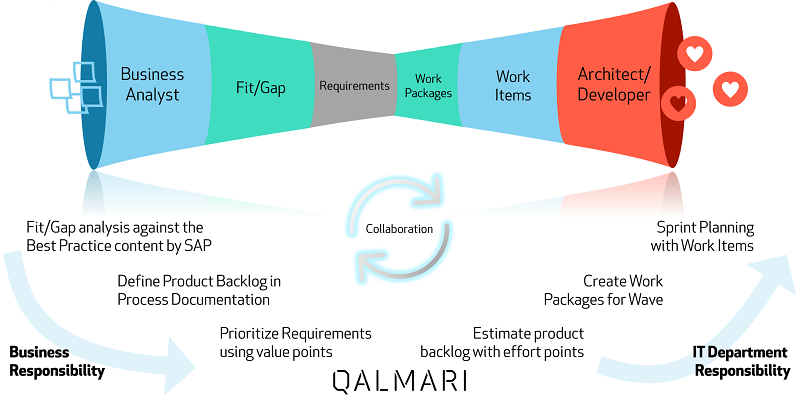 In the midst of your S/4HANA project, teamwork should be your focus. When everyone has a clearly defined role to play in the project, they all can focus their energy into answering the substance relevant questions. Defining requirements for a new system or innovation, specifying the functional specification, and building solution – which are the core substance tasks within an SAP implementation. However, we all know that doing only the minimum hardly ever really pays off.

We believe that the additional value brought by a structured working method is that we work on correct things (prioritization), at the correct time (sprint and wave planning) and in the right way (iteration and validation).

As you must know by now, agile is not a mess but a discipline. Following the discipline is not easy, but it comes easier one iteration at a time. We have chewed the Role Based Approach by SAP and formed it to easy to comprehend daily tasks and routines for each of the project team member.

Projects and organizations are unique entities. Customizing the roles to fit your project team members is the most critical task we do before starting the work with implementation or innovation project.

Health check under the hood

We ALM consultants care about wellbeing of your SAP Solution Manager to enable smooth operations in your S/4. We check basic prerequisites with latest SP-levels and supporting functionalities before starting the S/4 implementation with Focused Build. Under our specific surveillance are Process Documentation, ChaRM and Test Suite. To enable top-notch S/4 implementation there are few points to check off from our list regarding Solman.

We will cover the health check points for your Solman in more details in one of our following blogs on the topic.

I hope this post resonated with you, maybe you would even want to become a glorious unicorn with us? Contact us to discuss more!